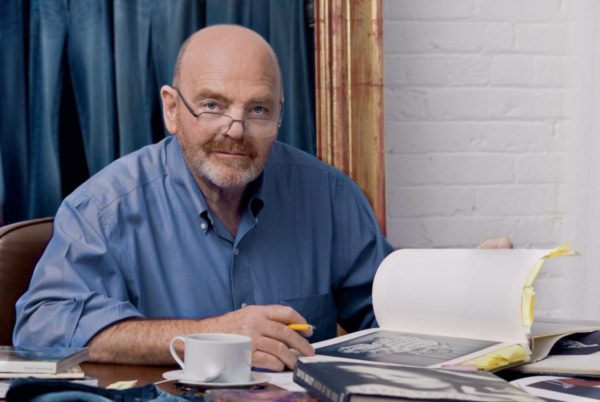 The man behind the AG Jeans: Adriano Goldschmied, The Godfather of Denim.

Whoa. The Godfather of Denim? Quite the title. The man who ushered in the concept of the Euro-flashy designer jeans in Italy circa 1970, is also the man behind the premium denim wave rising out of California since the turn of the last century.

Goldschmied’s resumé is effectively a history of modern denim, as well as a lesson in converting manufacturing industries, first in Italy and then in Los Angeles.

He originally intended to be a competitive skier, and that is how he wound up in Cortina d’Ampezzo in 1970. Observing how velvet ropes and exclusivity manufactured desire, he opened a store outside the local disco. Starting out by selling wares from Carnaby Street that he drove in himself from London, he struck on the idea of making his own jeans.

In 1978, he launched the Diesel brand with Renzo Rosso, and the era of denim as a lifestyle brand was born. Goldschmied went on to Rivet and Replay and Goldie. He is celebrated in denim circles for his design of the Gap 1969 jean. But it was his first attempt at selling under his own name, A Gold E, in 1993 out of Los Angeles, when he realized there was a much bigger market waiting to be transformed. 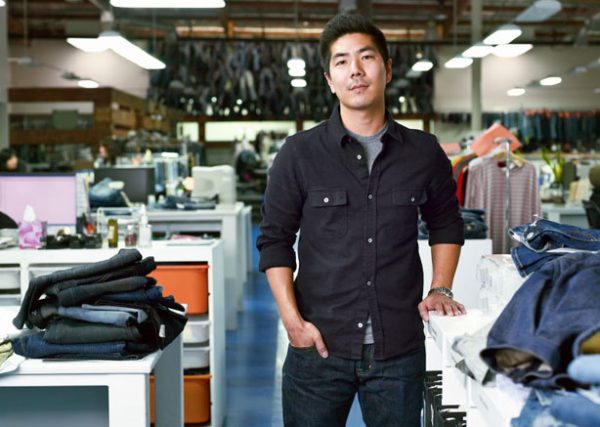 AG was founded in 2000 in a partnership between Goldschmied and infamous denim manufacturer, Yul Ku from Koos Manufacturing in California. Goldschmied left in 2004 to start new ventures and left his namesake brand in Mr. Ku’s hands. Since then Mr. Ku’s son Samuel has assumed the position of design director of AG Jeans since 2008.

It’s in the details.

The AG customer is very loyal and once they start buying AG, they rarely leave. As the story goes, one customer loved his jeans so much he kept repairing them, and repairing them until finally they got so destroyed he could no longer wear them (out in public at least…) Anyway, he loved the pair of jeans so much he couldn’t bring himself to throw them away. He decided to send AG a letter with his story along with the pair of jeans. You know where this is going right? Yep, AG kept the jeans and retired them in the AG archive and sent him a new pair. True story, we swear. But that’s how much some people love AG.

Come see what all the hype is about! We have styles for both men and women in various washes. And what better time to use your denim coupon than right now on a pair of AG Jeans?